Admission $10 at the door, $5 students with current ID. Door opens 15 minutes before performance.

Come join local favorites Peter Goggin, Davu Seru, and Sam Worthington for a night of improvised music and compositions by the likes of Andrew Hill and Sam Rivers.

Peter Goggin has erupted onto the Twin Cities jazz scene! Not since Mike Lewis has an alto sax player presented such an original sound, such unique rhythmic and harmonic conceptions, such performative inspiration. During High School, Goggin contributed to three iterations of the Dakota Combo, under the direction of Adam Linz. A recent graduation from the University of Michigan Jazz Studies program, Goggin now back in the Twin Cities full time is not to be missed! He is actively involved in multiple projects, performing around the Twin Cities (Hoaxer, Friends and Neighbors, Twin Cities Glass Bead Games project and more). Goggin aspires to integrate the full artistic spectrum known as jazz into his musicality. He is equally comfortable in a Albert Ayler-inspired free improvised context, as he is weaving be-bop lines in the tradition of Bird. Goggin has studied with Andrew Bishop, Miles Okazaki, and Bob Hurst. Goggin has performed with Carl Allen, Kendrick Scott, Bob Hurst, Benny Green, Jay Epstein, Anthony Cox, Brandon Wozniak, among others. 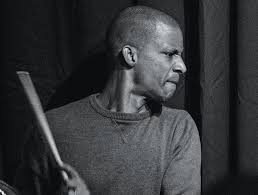 a drummer and composer. He has worked with numerous improvising musicians and composers throughout the United States and France. He is composer and bandleader for the ensemble No Territory Band and a member of Trio SDS with French musicians Guilluame Seguron and Catherine Delaunay and Black Praxis Band with Chicago-based musicians David Boykin and Eliel Sherman Storey. For the year 2017-2018 he served as the first-ever composer-in-residence at Studio Z in Saint Paul. Davu has also received awards from the Jerome Foundation (2017-18 Composer/Sound Artist Fellow), American Composers Forum (Minnesota Emerging Composer Award), the Metropolitan Regional Arts Council (Next Step Fund) and has received commissions from the Zeitgeist Ensemble and Walker Art Center. In addition to his musical pursuits, Davu is a published author and a professor of English and African American literature and culture at Hamline University.

Samuel Worthington is a double bass player who grew up appreciating the Twin Cities jazz scene. He spent his formative years studying with Adam Linz. He then spent two years studying with Michael Formanek at the Peabody Conservatory. In Baltimore, Worthington performed with Gary Thomas, Alex Norris, Tim Murphy, Marty Ehrlich, Brandon Woody, and Jarrett Gilgore, among others. Worthington has since returned to the Twin Cities, taking up Literary Studies at the University of Minnesota, and playing actively in the local scene, most notably, in a new quartet alongside Phil Hey, Peter Goggin, and Jordan Anderson.